Boom or Boomless Spraying: Deciding Which Option Is Best For You

When it comes to deciding whether you should go with a boom or boomless sprayer for your spray applications, there are many factors that play into the decision. Ultimately there is no wrong answer, as both options have their benefits and drawbacks for the application in which it will be used. Prior to making a decision, it is important to consider what type of spraying you will be using it for and when the spraying occurs.

First thing’s first: the difference between a boom and boomless sprayer. A boomless sprayer is typically designed with one or two nozzles that spray laterally in order to achieve a greater coverage pattern. A boom sprayer will typically come equipped with multiple spray tips spread out along arms (booms) on each side, with spacing between each nozzle that are pointed downwards to directly spray the crop or field. 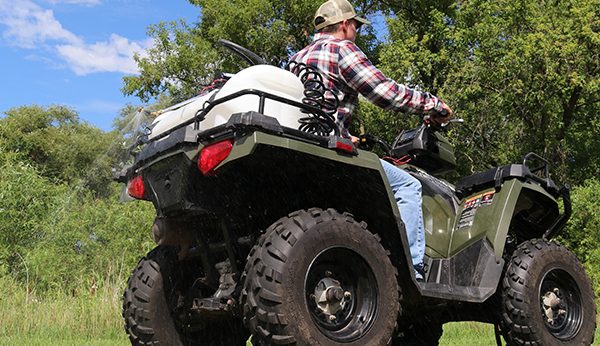 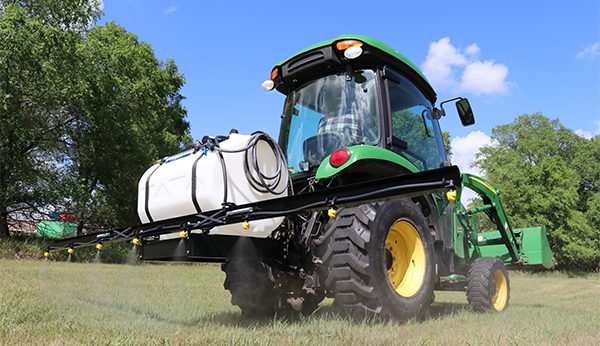 As you are only working with one or two nozzles, it is easier to monitor your spraying as you go than if you had 6 or more nozzles.

Due to their compact setup, boomless sprayers generally contain less parts than a boom sprayer, which results in less maintenance. You are also less likely to run into damage with a boomless sprayer, as there are no arms that may become damaged from hitting an obstacle.

Boom sprayers are typically closer to the ground than a boomless sprayer, resulting in them being less affected by the wind, reducing the chance of chemical drift. Boom sprayers are generally used for spraying large areas, such as fields and pastures.

Since boom sprayers are closer to the ground, it is much easier to observe and track the areas that have been sprayed and what still needs to be completed.

The nozzles on a boom sprayer are evenly spaced out, resulting in less overlap of chemical, saving you time and money.

Need further assistance in determining which type of sprayer is best for your needs? Contact us today for help finding the right boom or boomless sprayer for your applications!